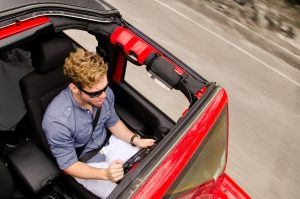 When driving your 2022 Honda Passport in tough terrain, you would rather want to turn down your loud music to help you concentrate on the rough terrain up ahead. Loud music can distract you.

Driving your car while listening to music might help you feel like you’re on top of the world. When a cop flashes his lights and pulls you over, though, you won’t feel that way. Many individuals are unaware that listening to loud music while driving is very hazardous, increasing the risk of driving recklessly and being involved in a vehicle accident.

Is it against the law to listen to loud music while driving?

The short answer is that it’s difficult. Although there is no national regulation, some counties and localities regard listening to loud music as dangerous driving, which is a traffic violation.

Each jurisdiction has its own view of what constitutes too loud music while driving. If the music can be noticed from 75 feet away, the motorist may obtain a penalty in certain regions. The distance is 50 feet in other cities.

The pace of the music has an effect on the driver as well. Drivers who listened to music with a pace of 120 beats per minute were more inclined to drive recklessly, according to a research conducted by Warren Brodsky at Ben-Gurion University.

In high-speed scenarios, impaired driving accidents are common. Loud music drivers have slower response times and are more prone to accelerate, making them very risky. The repercussions of driving while distracted by loud music may be disastrous.